Steve Skvara, An Inspiration to Us All 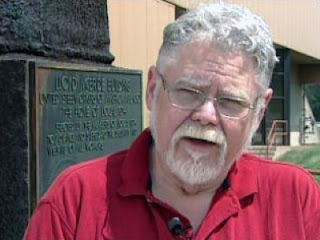 Steve Skvara began his work experience as a Mechanical Helper with Youngstown Sheet and Tube Co. which later became LTV Steel. He then became a Maintenance clerk/spare parts and then transferred into the Electrical Department and retired as an Electrical Repairman with a total of 34 Years service. His hobby then became community service. He was able to enjoy 12 years of retirement and was a member of the Steelworkers Organization of Active Retirees (SOAR) for that long. Steve was a SOAR Coordinator for two years and then was elected president of his SOAR Chapter. He then became the District 7 SOAR Executive Board Member and held that position for the last six years.

An auto accident in 1997 forced him to take an early retirement ending his hobbies of fly fishing and camping.

Steve was always involved in union work, his church and community. He served as a Union Rep/Shop Steward for over 10 years at USW Local 1011. He was involved in the Knights of Columbus, served on the Homeowners Association in his county, and served as an elected Township School Board Member. When LTV Steel went into bankruptcy and the retirees were left without healthcare, he became a certified SHIIP (Senior Health Insurance Information Program) Representative, helping seniors with Medicare problems and to find Medigap insurance. He has assisted our retirees at all the steel mills in Indiana and Illinois. He volunteered one day a week at his Union Hall to help retirees with insurance questions.

Steve was 65 years old and he and his wife, Sandy, had been married 41 years and have four grown children and one Grand Daughter.

Steve helped the Steelworkers Union through the years by organizing retirees at various rallys, demonstrations, organizing drives and even spent two months helping with two different election campaigns in Dubuque, Iowa. He also testified at a congressional hearing on corporate bankruptcy and its impact on workers and retirees.

I got to know Steve pretty well as we traveled together to and from various union activities and I have always been impressed with his devotion to the Labor Movement and the United Steelworkers Union in particular. He will be most remembered for the question he posed at the AFL-CIO Presidential Candidates Forum in Chicago’s Soldiers Field a few years ago before 18,000 people. He asked the following question:

“After 34 years with LTV Steel, I was forced to retire because of a disability. Two years later, LTV filed bankruptcy. I lost a third of my pension, and my family lost their health care. Every day of my life, I sit at the kitchen table across from the woman who devoted 36 years of her life to my family, and I can't afford to pay for her health care. What’s wrong with America and what will you do to change it?”

I believe the question Steve asked and the passion with which he asked it had much to do with the subsequent passage of the Affordable Care Act signed into law by President Obama.

Steve said good bye a couple days ago to do some organizing in heaven as well as to catch up on his love of fly fishing and camping.

One additional note: During the many days and nights that Steve and I spend together helping our union over the years, I never once heard him ever complain about his many disabilities or the pain he endured.

Everyone loved Steve. He was an inspiration to us all.

Email ThisBlogThis!Share to TwitterShare to FacebookShare to Pinterest
Labels: personal

Splice The Main Brace A sailing ship's main brace is a rope attached to its main spar. Splicing it (making a connection in it by interw...